What is "Tying The Knot"? The History & Meaning Behind Handfasting

After a long, not-so-ceremonious hiatus, we can safely say wedding season is back in full swing. With that, we thought we'd take a look at the origins of the globally recognised wedding idiom, "Tying the Knot".

Since long before our time, "Tying the Knot" has been a phrase synonymous with getting married - but where and when did these famous words get their meaning?

The metaphor of the 'knot' is one of tying or binding, as two people are bound together in marriage. The idea of a knot representing marriage dates back as far as Roman times. Back then, a bride would brandish a belt tied in what's known as a “Hercules knot”. The Hercules knot was said to indicate the binding force of the marriage oath.

While knots have implied the binding of love for millennia, the most notable and widely agreed consensus is that the phrase "Tying the Knot" originates from the ancient Celtic wedding tradition known as 'Handfasting', where two willing suitors would tie or 'fasten' their hands together using knots of cloth.

Handfasting is a traditional wedding practice, often symbolising a betrothal or being part of an engagement ceremony before marriage. An officiant will bind the couple's hands together using coloured ribbons, cloth or string, and will proclaim the two to be engaged (historically, the engagement lasted a year and a day).

Once it came time for the couple to wed, they would be given the choice to either break the bind of the hand-fast (in the case they weren't a good match for each other) and go off to find a more suitable partner, or they could decide to get married.

A tradition dating back to ancient times, Handfasting as a ceremonious symbol of marriage or engagement has been around for thousands of years, and according to Waterlily Weddings, has roots even as far back as 7,000 BC in ancient Ireland, where a Druidic priest would officiate the engagement ceremony between a willing suitor and bride.

With the spread of Christianity across the world, with it came Christian marriage rituals - but some pagan customs stuck around, the Handfasting ceremony included. What was initially practiced as a form of engagement, Handfasting became more and more of a de-facto marriage ceremony, wherein the couple's consent to be hand-fasted in the presence of a witness (and in front of a priest) was enough to consider their marriage official.

In fact, in Scotland, right up until the Marriage (Scotland) Act 1977, Handfasting was legally recognised as a legitimate marriage ceremony!

Alternatives to Ribbons or Cloth

Some notable alternatives to using ribbons, cloth or strings during the ceremony include the use of coloured Crois belts. Crois belts are traditional hand-woven belts used by Aran Island fishermen throughout the last century, and have been historically branded with the fisherman's family colours.

Other example alternatives include coloured scarves or ties, or even strips of tartan which are often used in Scottish Handfasting rituals; whatever suits the couple best.

Nowadays, the Handfasting element of a wedding is used as an homage to the ceremony's ancient origins, and is often included in weddings within several cultures around the world. With its roots in ancient Irish history, a lot of hopeful couples come over to Ireland to include Handfasting in their wedding ceremony, where they're given the choice of deciding which coloured ribbons to use to 'bind' their marriage and love for each other.

Symbolism of Ribbon Colours in Handfasting

Each coloured ribbon in a Handfasting ceremony represents a different quality, emotion or strength within the marriage. A blue ribbon, for example, stands for tranquility, patience, devotion and sincerity.

In most cases, the symbolism for each coloured ribbon is as follows:

Couples who include Handfasting in their ceremony are given the choice of coloured ribbons which they feel best represent their love and unity, and it has become a wonderful way to highlight their strengths together before 'Tying the Knot'.

Including Handfasting in your Wedding Ceremony

When your wedding ceremony is conducted with Celebrant Ireland, we offer Handfasting as an enhancement. Our couples may choose as many coloured ribbons as they wish, and can choose to alter their Handfasting element in any way that suits them best. From the colours used during the ceremony to even your most ideal way of holding hands, everything can be changed to suit your needs as a loving couple.

During the enhancement, a soft instrumental piece of music can be played while you're standing and looking into one another's eyes, with your ribbons tied.

You can also choose whether you would prefer your ribbons to be brought forward and draped over your hands and wrists by family members or friends, including children. Handfasting can be a lovely way to include your children into your ceremony!

As the Handfasting ritual concludes, you may even choose to have a reading read aloud by your Reverend/celebrant or a guest, on behalf of your gathering. This can be any reading you choose or write yourself.

Couples love the visual representation that Handfasting provides. It is literally “tying the knot“ right in the company of your friends and family. Add your creative touch to the Handfasting cords, as a meaningful keepsake or family heirloom. We at Celebrant Ireland gift the ribbons to all our couples. Couples bring their tied ribbons home and hang them up, some couples placing their knotted ribbons in a frame. A lot of our couples tell us that they are delighted to have a keepsake on display in their home of their “knot tied”!

Interested in including Handfasting in your own ceremony? Find out more about our Handfasting enhancement here, or click here to book your ceremony with us. As always, it's your ceremony, your way! 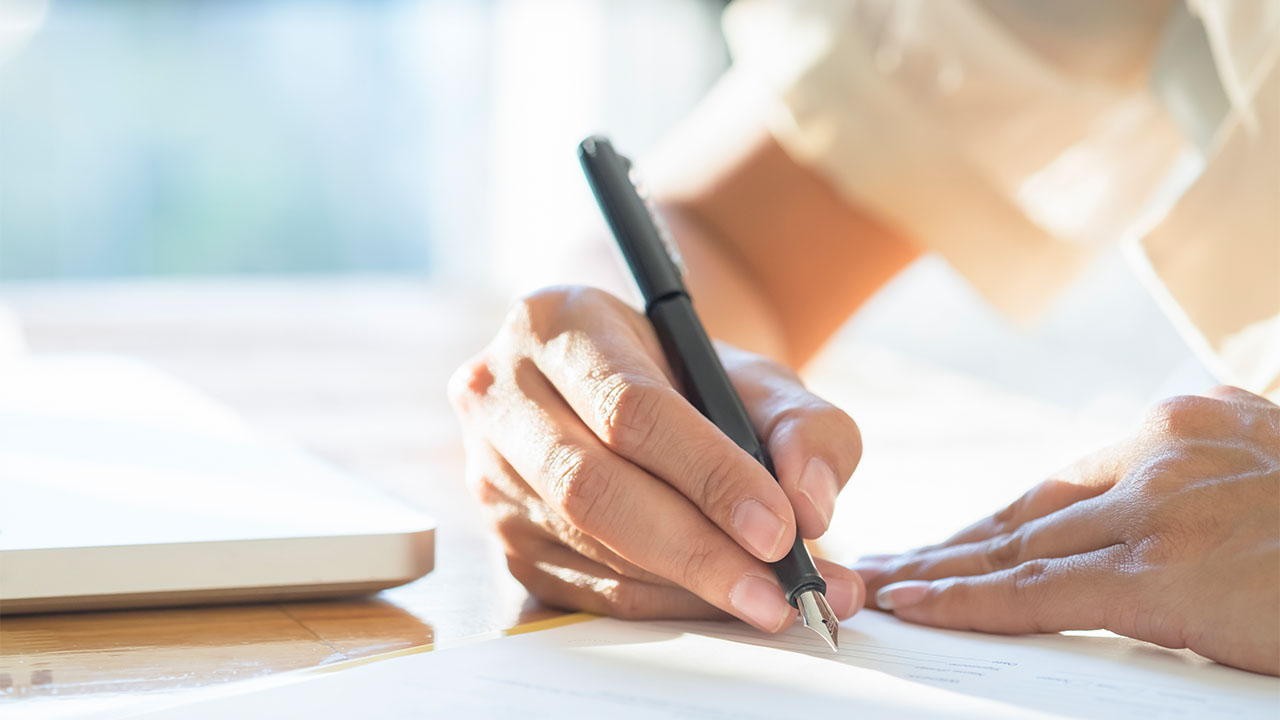 Registering Your Intent to Marry with the HSE (With Slides) 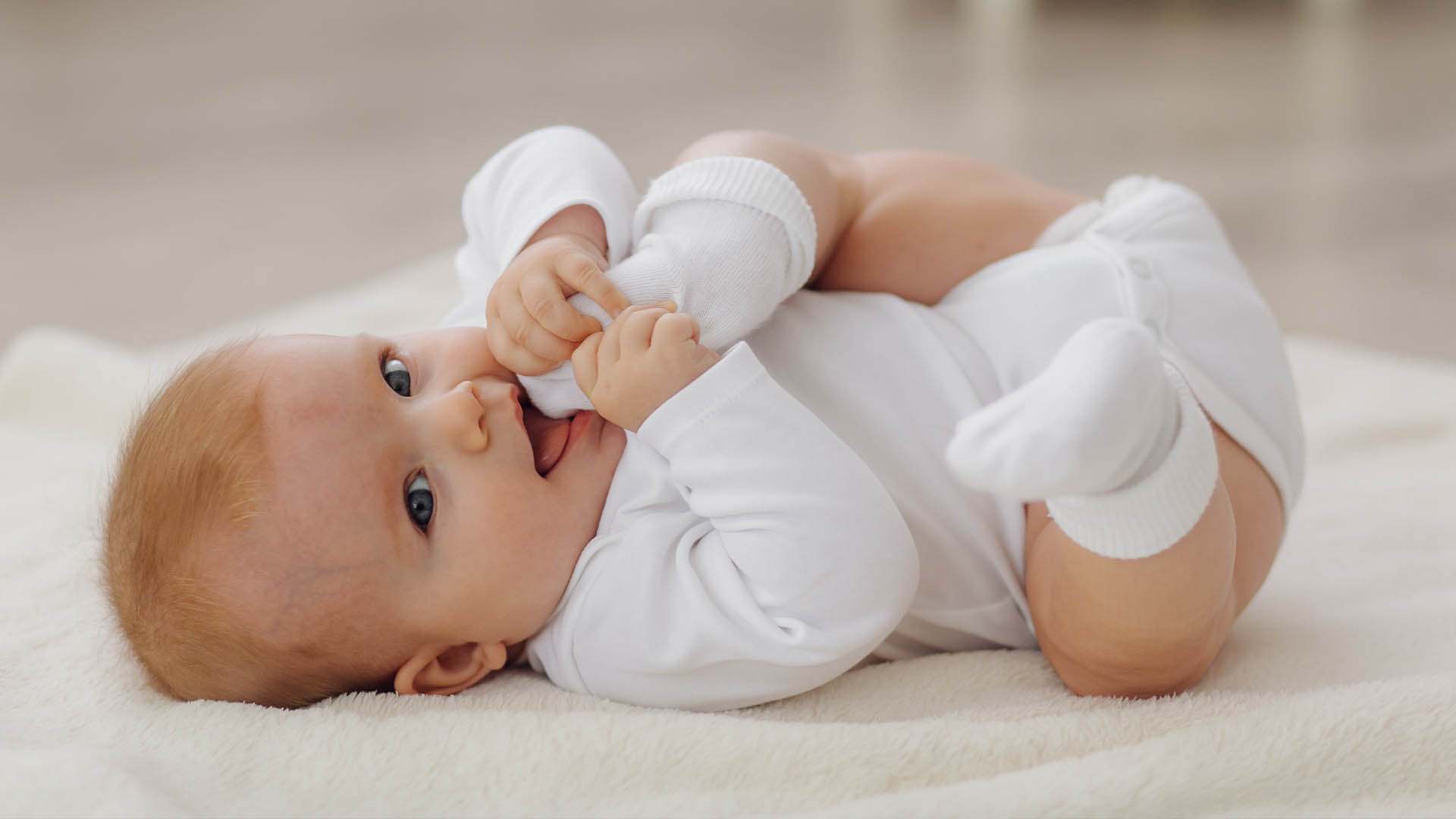 What is a Baby Naming Ceremony? Everything You Need To Know 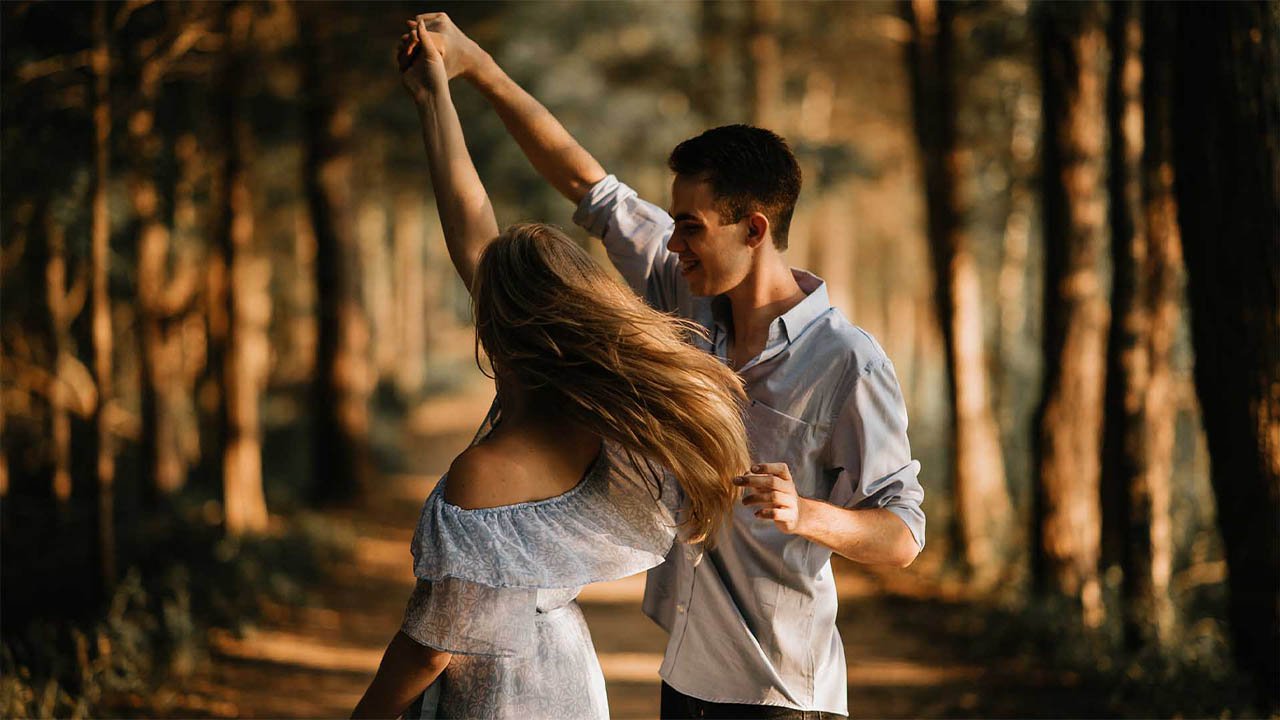 True Love: How To Know You've Found It 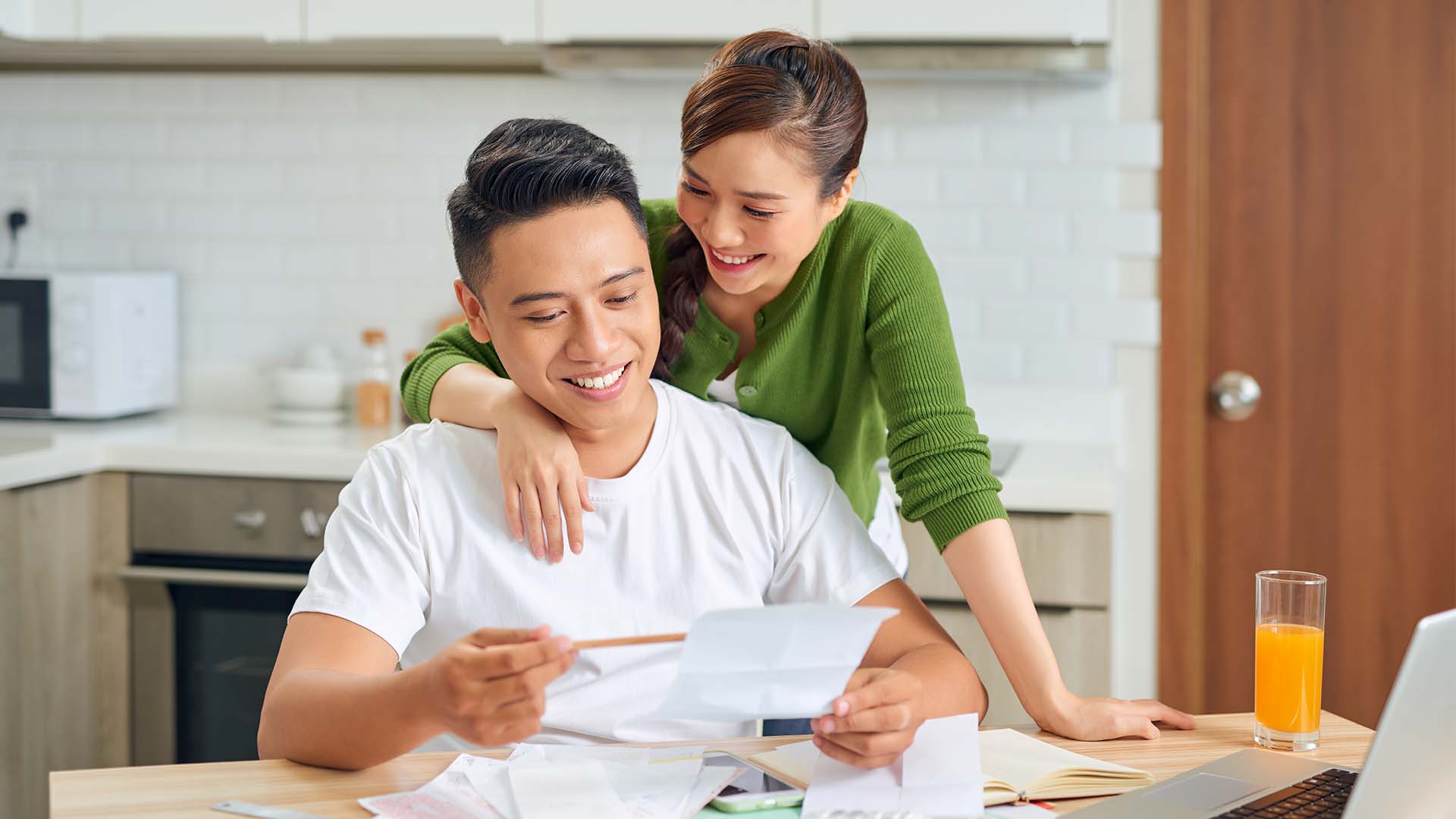 Planning An Irish Wedding? Start With These Facebook Groups 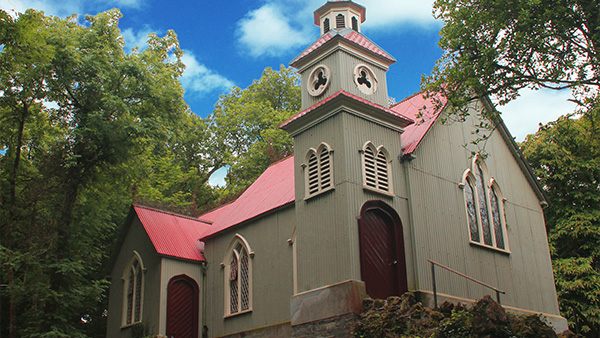 9 of the Quirkiest Wedding Venues in Ireland 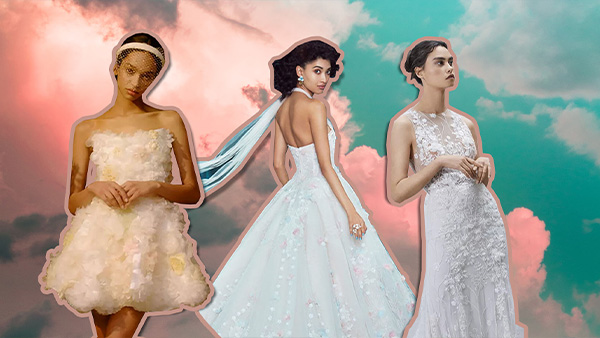 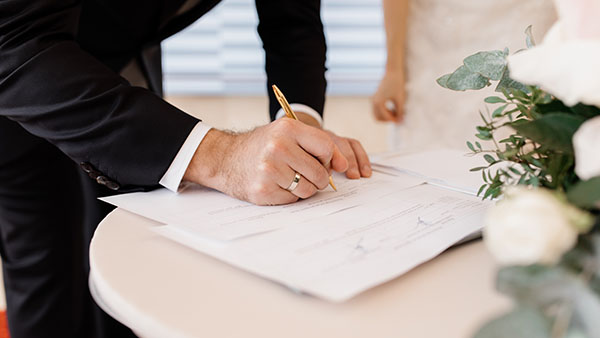 What's the difference between Reverends and Celebrants in Ireland? 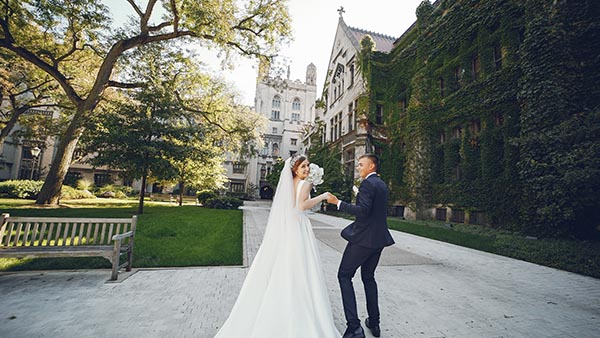 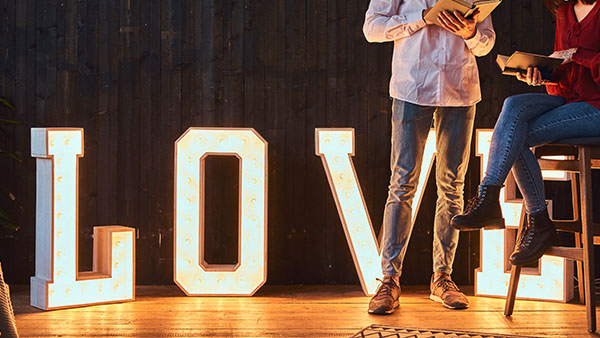 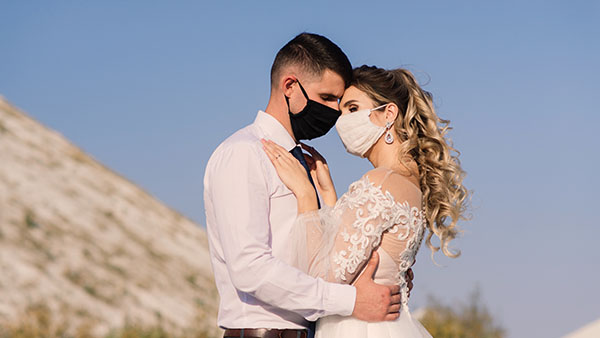 Are Micro-Weddings The New Go-To For a COVID Marriage?

Registering Your Intent to Marry with the HSE (With Slides)

Planning an Irish wedding? Here's a step-by-step on registering your intent to marry with the HSE.

What is a Baby Naming Ceremony? Everything You Need To Know

A Baby Naming ceremony is the perfect way to welcome, name and celebrate a unique and beautiful...

True Love: How To Know You've Found It

Some people search their whole lives to find it - others have seemingly found it, over and over...

Planning An Irish Wedding? Start With These Facebook Groups

Planning can be tough, we both know this. But when it comes to Facebook groups, there are some hi...

9 of the Quirkiest Wedding Venues in Ireland

Whether you want a grand, lavish wedding with hundreds in attendance, or a small, cozy and quaint...

What's the difference between Reverends and Celebrants in Ireland?

A Celebrant or a Reverend? Are you confused? Don’t be! The good news is, that here at Celebrant I...

Below are our picks of the top 14 wedding venues of Ireland to date, including their location, gu...

Below are our picks of the top 10 Must-Have Wedding Props to date, including their location, gues...

Are Micro-Weddings The New Go-To For a COVID Marriage?

HOPE - the year of 2020 will always be marked as a year of challenge, but more importantly, a yea...

From birth to death - and all in between - we're here to help you celebrate life's biggest moments.